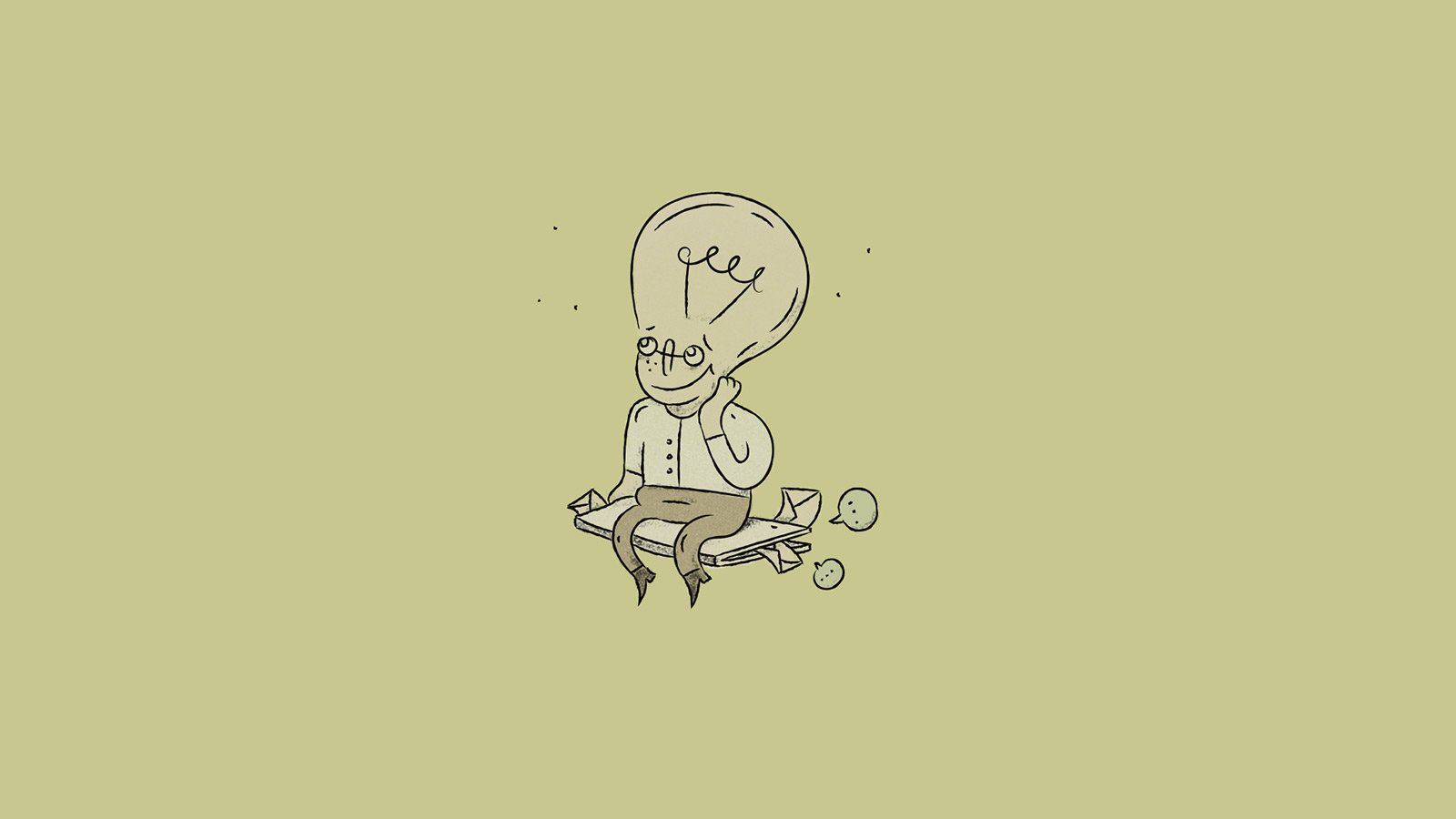 In the world of e-commerce, so much is written about how to take better care of the customer, that the poor old store owner tends to get left out of the picture. Occupied with daily tasks and an unrelenting onslaught of distractions, one of the most significant challenges facing the beleaguered founder is how to recreate the mindset and creativity which led to the formation of the business in the first place.

In his excellent book, The Organised Mind: Thinking Straight in the Age of Information Overload, Daniel Levitin speaks at length about this subject. It’s rare to find a book that blends tips for organising information alongside treatise on creativity, but Daniel deftly combines the two to describe a landscape of cognitive overload that snuffs out daydreaming – an essential part of the creative process.

If while reading this, to-dos are ping-ponging around your brain, you’re not alone. Business owners face so many daily decisions and distractions that even a Buddhist Monk would retreat to his temple in the face of such an onslaught. The challenge then is to silence the noise and focus on what makes a difference to your business. Or in other words, to attain a balance where creativity is allowed to flourish in the midst of a fundamentally distracting environment.

Before we look at strategies to free up the mind, let’s first examine your history with creativity. Aside from starting a business, which required an idea (the most creative step, so far), there must have been times when other thoughts occurred to you, or perhaps when a solution presented itself seemingly out of the blue? Humans are always ready to conjure up a new turn of phrase, and surely ‘out of the blue’, (what Henri Poincaré called ‘sudden illumination’) is just another way to explain the result of a creative process.

In these moments of creativity, were you burdened with decisions, under intolerable pressure, made immobile by fear? If the answer is no, you’re with the majority. The fight or flight response is easily activated and not conducive to creativity, or, as the Cognitive Neuroscience of Thought Laboratory at the University of British Columbia describe it, ‘undirected thought processes’; in other words, daydreaming.

Is it such a surprise that the benefits of letting the mind wander are only now openly discussed? Actually, yes. The e-commerce community reflects trends in the broader business world, a realm which values quantitive analysis over non-statistical qualitative research at every turn.

Alexander Graham Bell called it the power of ‘unconscious cerebration’, Einstein, ‘combinatory play’, yet finding time for the process of daydreaming is regarded as a poor use of time by traditional business leaders. Of course, business admin has its place, but if you’re always interrupted, under pressure, fearful and unable to find the space to create the conditions for new ideas to appear, your business will, in a perfect example of irony, fail.

”It’s nice to be able to put yourself in an environment where you can completely accept all the unconscious stuff that comes to you from your inner workings of your mind. And block yourself off to where you can control it all, take it down…

At this point, I check my phone, whose ringer I had turned off. Two missed calls, three emails and a news notification – if I’d had the phone on, I would have been continuously distracted and unable to think or maintain the feeling of inner calm which writing always affords me. In short, for creativity’s sake, it might be a good idea to turn the phone off, silence the radio (songs with words are really hard to avoid engaging with) and, in a terrible perversion of the Pomodoro Technique, put a plum on your desk. You can choose your fruit, but something to signify to your work colleagues that you are not to be disturbed is essential; it’s also an excellent snack once you’ve drifted back to earth for the day.

Even once back to task management duties, answering email is a black hole from which it can become impossible to extricate yourself. Estimates vary, but spending upwards of 17 hours per working week on email is not unusual. Rather than reply to every email, I would like to propose a radical approach: don’t reply.

To clarify, set up an auto-responder that triggers for each email that hits your inbox. In the responder, apologise that you may not be able to reply quickly, or at all: the ethos of email is no different when managing personal work mail or your store’s newsletters – you merely have to set a reply expectation. Now, whenever you receive a new email, if the person is someone with whom you wish to communicate, assign them VIP status, route them around your responder, and in short order, you’ll find email becomes infinitely more manageable. Oh, and that crushing 3 am email-guilt that wakes you from your slumbers? Gone!

Unnecessary meetings are the preserve of the damned, and you don’t want to toast your behind like a marshmallow in the fires of hell for eternity, do you? If a meeting lasts for an hour, and it’s three people’s time, that’s three combined lost hours. Was the meeting good for you?

The Harvard Business Review has a blog on this topic which illustrates how complicated the psychology of a meeting can become without (and seemingly, with) ground rules. Surely though, before organising a meeting, the question should be asked as to whether it is at all necessary? Also, what is the goal of the meeting? All of this might sound obvious, but how many meetings have you been in where it became quickly apparent that there was no good reason for scheduling it in the first place?

Perhaps a meeting should only be arranged if all other avenues of communication have been exhausted, or proved themselves unfit methods with which to tackle the proposed topic? But that only deals with part of the issue. Many issues require a face to face meeting, but do they demand that everyone attend? Or could a well-written summary of the meeting suffice?

The working day is increasingly demanding, stressful and long. To counter its effect, it follows that we should make more of our rest time. But how many of us sit rat-like on our smartphones, even after a full day of digital devices? A few months back, under intolerable pressure from an (intolerable) investor, I threw my phone at the wall. As it splintered into a thousand pieces, I felt momentarily free. Of course, it wasn’t the phone’s fault; in my highly-stressed state, I wasn’t able to separate the medium from the message. That moment though served to reveal two truths: I needed to recover my balance and to sever the link to my changeling investors as quickly as possible (a tale for another time…).

5. Be aware of your conditioning

It’s an unfortunate fact of life that we are all, in various ways, conditioned into modes of thought, belief and behaviour. Becoming aware of conditioning means looking deep inside to see how we react to things and how we are in relationship to others. Apply this to the business world, and the truth is you may hold views and opinions that limit your ability to think freely and which prejudice your decisions. Regardless of the way you are conditioned (and you are most certainly conditioned), being aware of it and working to attain the peace of mind and clarity that comes with a free, unfettered mind will help both at work and in your personal life.

The act of recognising and challenging conditioning is quite a big topic, but there are few better guides along this path than J. Krishnamurti.

Out of the Saddle With Above Category

Founder of Where Beagles Dare!, co-creator of the Magento app Inventosaur, and co-founder of retail store Always Riding, Pete is at his happiest writing, helping brands tell stories and consulting on e-commerce.

This site uses Akismet to reduce spam. Learn how your comment data is processed.

This website uses cookies to improve your experience while you navigate through the website. Out of these cookies, the cookies that are categorized as necessary are stored on your browser as they are essential for the working of basic functionalities of the website. We also use third-party cookies that help us analyze and understand how you use this website. These cookies will be stored in your browser only with your consent. You also have the option to opt-out of these cookies. But opting out of some of these cookies may have an effect on your browsing experience.
Necessary Always Enabled
Necessary cookies are absolutely essential for the website to function properly. This category only includes cookies that ensures basic functionalities and security features of the website. These cookies do not store any personal information.
Non-necessary
Any cookies that may not be particularly necessary for the website to function and is used specifically to collect user personal data via analytics, ads, other embedded contents are termed as non-necessary cookies. It is mandatory to procure user consent prior to running these cookies on your website.
SAVE & ACCEPT